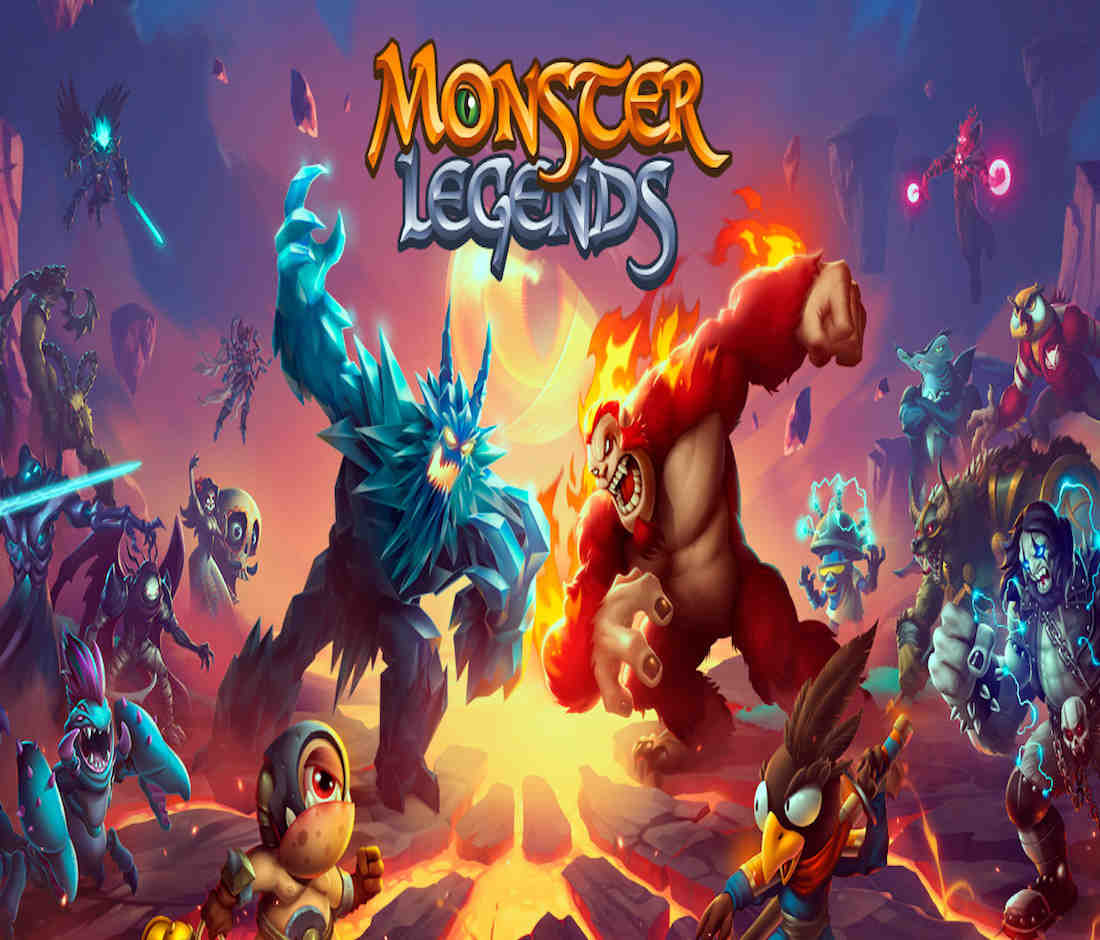 legendary monster cells. there are farms were you can get 10 food, 50 food, 150 food, 400 food, 1,000 food, 3,000 food, 10,000 food, 20,000 food and 100,000 food. You start off with your two basic common monsters Treezard and Firesaur and the more you play the more awesome monsters you could collect such as… Patrion, Cloud, Ralbog and much much more! there is also a thing called the library were you can get rewards for a certain books for instance, if you collect the beginner monster’s, Firesaur, Treezard, Mersnake, Greenasaur, Rockilla and Thunder Eagle you will get Koopig and 2 gems.

There’s a thing called Breeding Mountain, where you pick 2 monsters to breed and make a hopefully new monster, for instance, breed Firesaur and Treezard you will get Greenasaur. There is these things called Temples, there is a Dark, Light, Fire, Water, Metal, Magic, Earth and Thunder, these increase your monster’s level it goes 10, 20, 30, 40, 50, 60, 70, 85 and 100 and ranking up goes 5, 10, 15, 20 and 30. There is also a building called Runes Building, this helps your monster juristically with the Strength, Life, Speed, Stamina and Gold. The monster Lab, helps so you can craft monsters from any rarity, the monster everyone that gets the lab crafts is Zombie Pandalf, (an epic monster) If you have two of one monster you can EXTRACT it for its cells, (this is also were you can rank up your monsters)

There are often events that come out so for instance a maze event were if you get to the end of a maze, you get the monster you got to the end, for example if you got Metaselach to the end you would get him on your team. There is also teams were you get 5 gems for joining a team for the first time, in teams you can… battle other teams and get rewards from it, or simply battle your own teammates in friendly battle. There is also a Relics Forge were you can have swords and shields and much more for your monsters.

Hatchery, the hatchery is were your eggs go when they’re going to hatch, (a tiny bit like a nursery for monsters in a way)

If you have no space look no further, you can buy land from 2M gold to 50M gold. However, there is this place called Monster Wood, this makes you watch adds to earn rewards.

Lets Talk About How To Play Shall We?

So you have got you’re monsters first thing you do is click ATTACK and on Adventure Map once your there, you will be fighting a level 4 Jurassic Minion with 168 strength 59 life 100 stamina and 224 speed what you do is click READY and it will come up with some skills click on the skill you pick and then click on an enemy, that will do some damage to them and do the same with your next monster, (some monsters may have skills that go on your team that is probably them giving stamina or healing or giving strength. when you have defeated your enemy, if you get 2 stars you can spin a wheel with gems an egg or some gold. once you have done that, you can go to a farm and get some food for your growing monsters. There is also a daily chest everyone gets which can have good things if your lucky you could get 3,000 food and that will help your monsters A-LOT!

Dungeon, so your level 18 and you have the Dungeon well the Dungeon is a place were if you go into battles you could get loads of food gold gems or maybe even a new monster. new Dungeon challenges come out every single day since 13th December 2013. (in a Dungeon there is normally 5 challenges with 8+ levels. You can win monsters RARE+

or you could win monster cells for a Legendary monster.

Congratulations! you have made it to level 40 were you unlock the HERO dungeons this is were you get a definite legendary monster and this is where it gets much much harder all of the monsters are above level

90! It is recommended that you have a level 100 team or you have a very low chance of getting any good monster.

I Hope This Helped You On Monster Legends!

Come join me and millions of other players!